Get our Free eBook! 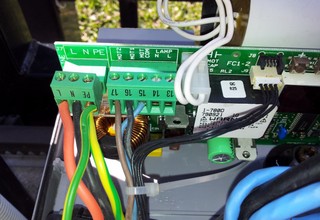 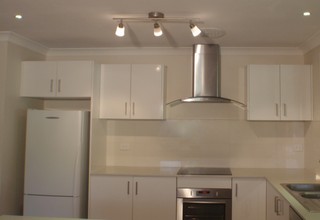 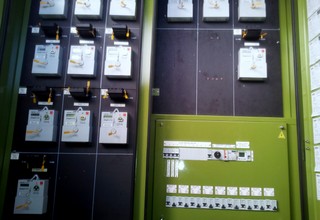 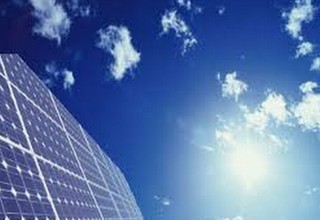 Posted by All Things Electrical on Tuesday, 01 July 2014 in General

The Commissioner said Fair Trading investigators had recently removed from sale a number of unapproved and non-compliant USB style chargers, travel adaptors and power boards at a stall and mobile phone accessory shop in the Campsie area.

“These devices pose a serious risk of electrocution or fire,” he said.

Maximum penalties are $87,500 and/or two years imprisonment for an individual and $875,000 for a corporation.

The unapproved devices do not meet the essential safety requirements of Australian standards and are often made of inferior plastics and other insulation materials. Devices found by Fair Trading had no insulation on pins, or approval marks.

Consumers must avoid these products and retailers should not be selling them.

All electrical products sold in NSW must comply with the Electricity (Consumer Safety) Act 2004and its regulations to ensure they are designed and manufactured to meet Australian Standards.

Do not purchase or use an electrical product that does not carry a recognised safety approval mark or insulation on the pins of the plug.

Consumers in possession of unapproved and non-compliant USB style chargers, typically used to charge phones and tablets, should bend the pins on the chargers and dispose of them immediately.

As a general safety rule, consumers should not use any devices while they are plugged in and charging.

Anyone with information about the purchase of any unapproved and non-compliant electrical or gas products should contact Fair Trading on 13 32 20.

LEDs a big step towards a greener future. Featured

Posted by All Things Electrical on Tuesday, 04 February 2014 in General

What is LED lighting?

LED stands for ‘Light Emitting Diode’.  LED lights are the latest technology in energy efficient lighting and they are by far the most power saving and smart lighting option available.

What are the benefits of LED lighting?

Lower power consumption. LEDs use approximately 85% less energy than halogen or incandescent lights and about 5% less energy than compact fluorescent globes. A 9 watt LED can give the same result as a 50 watt halogen, which saves you money thanks to their energy saving properties.

LED lights can also be switched on and off frequently without affecting the LED’s lifetime where traditional lighting’s operational life expectancy is drastically reduced by frequent on/off switching.

LEDs also differ from standard lighting as they do not burn out and stop working rather they emit lower output levels, becoming less bright over a period of time.

Ecologically friendly. LEDS are free of toxic chemicals and are 100% recyclable. Where most conventional fluorescent light bulbs contain mercury or lead that are dangerous for the environment.

Emit no UV rays or infrared radiation which makes LED lighting a suitable option for objects and materials that are sensitive to heat and UV.

Flexibility of design. LEDs can deliver light more efficiently to a desired location; they can also be dimmed to control the colour and light distribution. A combined LED system can create amazing lighting effects not just for the eye but also the mood and the mind.

Compact and durable design. LEDS are built with solid components which provide resistance to rough conditions such as exposure to extreme weather, vibrations and external impacts.

Operational in cold temperatures such as outdoor winter settings or freezers without the extreme settings impacting on the operation of the light.

Safer alternative as they operate at a much lower temperatures, so they are cooler to touch making them a safer option than halogens.

A low-voltage power supply is amble for LED lighting which makes them a good choice for outdoor settings and is a big advantage in remote or rural areas. You can even connect to an external solar-energy source!

The long operational lifespan of one LED light bulb can save material and production of 25 incandescent light bulbs.

A big step towards a greener future.

Are you a fan of the Fan?

Posted by All Things Electrical on Tuesday, 07 January 2014 in General

If you want to maintain a comfortable temperature throughout summer at your house, do you use an air conditioner or a ceiling fan?

Due to increasing electricity costs and the that fact that your air conditioner may be the largest contributor to your energy use at home, very few people can happily leave their air conditioner running 24hours a day.

Did you know that a ceiling fan is a very economical way to help cool a home? A ceiling fan works the same way as a breeze does; by cooling you through the movement of air over your skin, this allows your skin to breathe and cool you down.

The benefits of ceiling fans;

Ceiling fans are environmentally friendly, with most ceiling fans using only about as much power as a 60 watt light bulb which equates to less than 1 cent per hour to run. Although note that when buying fans, check how much power the motor uses as an inefficient fan motor can undo much of the greenhouse gas savings.

Ceiling fans can move air much more quietly and are more efficient air movers. In most situations ceiling fans are quieter than air conditioners which rely on small fast moving internal fans to distribute the air which create more air turbulence which is a major source of noise.

Ceiling fans don’t dry out the air. By using an air conditioner to cool the air you also reduce the amount of moisture it can carry and as such you lower the humidity in a room.  Whilst this can be an acceptable side effect in a humid environment, it also causes the drying out feeling that leaves your eyes, throat and skin dry and sore which is why many of us prefer to sleep under a ceiling fan.

Ceiling fans can be reversed for winter. Most people don’t think to turn on a ceiling fan during winter, but you can use a ceiling fan with a reversible switch, which pushes the warm air down from the ceiling, warming up your room and reducing your heating costs. This warm circulating air also reduces condensation on your windows.

Ceiling fans are fantastic in open spaces or spaces where there is a lot of mixing of air between the inside and outside, for example outdoor entertaining areas. Air conditioning is in-effective in comparison unless it is running on the higher settings which in turn would consume a large amount of electricity and become costly.

“Effective circulation can make you feel up to 8 degrees cooler, and reduce air conditioning bills by up to 40%.”  www.rovert.com.au

Posted by All Things Electrical on Tuesday, 03 December 2013 in General

In NSW over 95% of electricity is generated from black coal, brown coal, oil and gas. These are the most carbon intensive fuels in terms of greenhouse gas emission.

Green power is a government renewable energy accreditation program that enables your energy provider to purchase renewable energy (harnessed from natural resources such as wind, water and sun) on your behalf, rather than the usual electricity produced through burning coal.

The more people that purchase GreenPower the more support that is given to the renewable energy industry in Australia. This in turn generates a greater supply of energy from renewable sources and the demand for electricity from the burning of fossil fuels is reduced.

How do you get GreenPower?

How much does it cost?

GreenPower costs around 4-8 cents per kWh more than your current electricity rate.

As at Dec 2013 Energy Australia’s GreenPower option will cost you an additional $0.04730 per kWh.

If you are interested in finding the most suitable GreenPower option for your house or business the Australian Energy Regulator has created a new energy price comparison website www.energymadeeasy.gov.au to assist in comparing electricity offers in ACT, NSW and SA (including the GreenPower component) between different providers.

Cool down this summer without a huge energy bill!

Posted by All Things Electrical on Sunday, 15 September 2013 in General

We all enjoy having a cool house during a hot summer’s day, but how can we achieve this without the large increase in energy usage?

You can keep the cool air inside your house by sealing up any gaps and cracks in external walls, floors and the ceiling. Weather-seal your external doors using draught stoppers or  alternatively door snakes at the bottom and weather stripping around the frames.

Keep your shutters, curtains and outside window shades closed to cut out the summer sun and therefore keeping the heat out and the cool air in.

External windows and doors should be closed when you are cooling your house. Enter and exit your home quickly as an open door on a hot summer's day will allow a great deal of heat to enter into your home.

Opening your windows overnight can help to substantially cool your house, if it doesn't pose a security issue.

Insulating your home can be a long-term solution to keeping your house cooler in summer
Also try to dress more appropriately for the climate, wearing natural fabrics in summer such as cotton or linen which will help your body keep cool.

Only use cooling when and where it is needed, so make sure that you are only using it when you are home and close the doors to unused rooms.

Use fans instead of the air-conditioner where and whenever possible as fans are much cheaper to use than air conditioning (1-2 cents per hour to run compared to 30 cents for a typical split-system air-conditioner). Although they don’t cool the air they only move it about to produce a breeze.

Ensure that your air conditioner is the right size for the room. If it’s too small, it won’t do the job and if it’s too big it will result in reduced efficiency, higher running costs, inconsistent temperatures and excessive wear and tear.

Make sure your air conditioner is functioning as efficiently and inexpensively as possible by cleaning the filters monthly and having an annual professional cleaning and check-up.

If you already have a solar power system, run your air conditioner while the sun is shining to offset the cost of peak electricity rates and maximize your savings.

If you expect a hot day, turn on the air conditioner early, rather than wait until your home is already hot.

RCD Electrical Safety Switches, what you need to know Featured

Posted by All Things Electrical on Thursday, 15 August 2013 in General

Installing RCD Safety Switches in your meter box or distribution board and testing them regularly is a small investment in money and time. It will provide long term protection for you and your family against serious injury and death.

Every day activities such as screwing shelving into a wall or using an electrical appliance can turn deadly without the protection of a RCD Safety Switch. 15 Australians are killed in preventable home electrical accidents each year and around 20 times that number are hospitalised with serious injuries.

What is a RCD Safety Switch?

Check back later for our next special!

Posted by All Things Electrical on 01 July 2014

Do you want to read more blog entries?

To read more of our blogs Click here to go to our blog page.